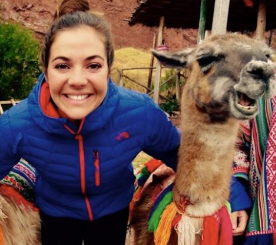 Originally from Kelowna, Chantal is best known as the R4 most likely to win against every other R4 in a 1 vs. 11 fight. After an undergraduate degree at Queen’s and playing soccer on both her varsity and the Swiss National Team (!), Chan continued her athletic career while a medical student in Ottawa. Finally, she realized her calling to return to the homeland and use that take-no-prisoners attitude to clean up the ED. When she’s not in the ED, you’ll find her in the mountains biking, trail running or backcountry skiing. This year she will be rehabbing every knee and ankle injury in the province in her Sports Medicine Fellowship, while finding the time to squeeze in a dark local coffee, a good craft beer or a smooth Okanagan red with her co-residents