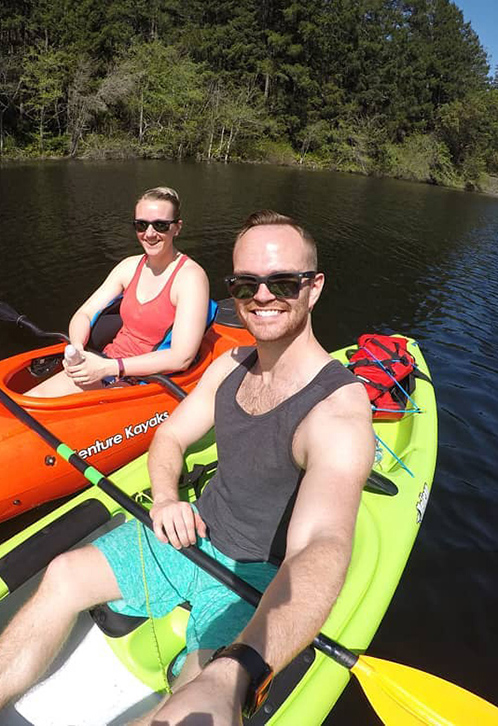 Colin Sedgwick is a born and bred BC boy. Just prior to being born in Vancouver, his mother obtained an ultrasound that showed him reading the Rosen’s textbook in the womb. Shortly after being born, he interpreted his own fetal rhythm strip and decided that the Vancouver life was causing too many decelerations, so he moved to the floating rock of Vancouver Island. Colin went on to complete an undergraduate degree in microbiology and now uses the knowledge he gained in his practice of craft beer brewing – a passion that is shared by his police officer wife, Jess.

Despite Colin’s perfect life of hops and cops, there was still something missing. Then, one faithful day while attending the Island Medical Program, he picked up his first ultrasound probe and something inside him clicked. Much like the appendix he was ultrasounding, his love for emergency medicine became inflamed. He then successfully matched to the Victoria Emergency Residency program after his wife threatened to arrest us if we chose otherwise.

Colin instantly gained the nickname “AFib” since he is irregularly irregular. These days, if he isn’t crashing a patient onto ECMO or re-writing the ACLS guidelines, you can find him bench- pressing his textbooks while sipping on fine scotch. Most prominently, his passion for teaching others and spreading his love for emergency medicine take a priority in his professional life. Stay tuned for more of the Colin Chronicles… you won’t be disappointed!