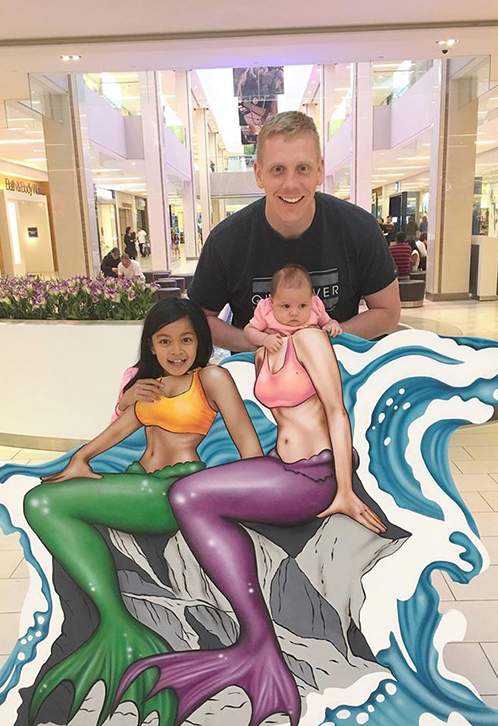 Master Corporal Jamieson Ward, is not your average EM resident. First of all, he’s a father of two beautiful girls, he once lived on the island and then actually left it (there’s a published case report about this rare event), and he’s also ex-military. He was born in Montreal, QC before he embarked on a life journey more complex than Canada’s first settlers. Legend has it, you can find a journal of his travels in the Canadian Museum of History. Shortly after birth he moved to Ontario until the age of 11 when he then made his first appearance on the island. At the age of 17 he joined the reserves, which then had him move to Edmonton once he joined the regular force. His journey then went something like this: Edmonton → Victoria (BSc in Psychology and Biology at UVic) → Edmonton (MD at the University of Alberta) → Victoria (“ahhhh, how nice it is to be back on the island” – real made up quote from when he moved back).

Somewhere in between all of this, he managed to travel the world and start a family with his wife Roselyn and two girls Annie and Lauren. The girls in his life take up most of his time, but he wouldn’t have it any other way. He spends his time with them going on adventures, skiing, watching movies, and singing anything Taylor Swift. “Imma let you finish but Fubar is one of the best videos of all time” he sometimes says.

When Jamie isn’t teaching his co-residents how to poke backs and get champagne taps, he dreams of continuing to travel the world. One of his favourite spots is Thailand where he enjoys lounging on the beach and sampling the street food. In terms of medical interests, Jamie likes pre-hospital medicine, military medicine, and medical education.