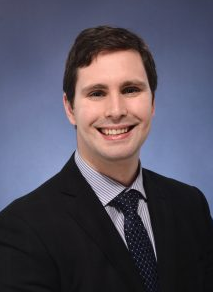 Hailing from the thriving metropolis of Duncan BC, Sean grew up on the island playing high levels of both lacrosse and hockey. After his days of being the team enforcer in the BCHL Sean decided to transfer his skills of putting people to sleep into procedural sedation and Emergency Medicine. He attended UBC in Vancouver for his undergrad and was then lucky enough to complete his medical school right here in the Okanagan as part of the UBC Southern Medical Program. He liked the wineries, biking, beach life and Emergency group here so much that he decided to stick around and join the now complete Interior Emergency Medicine program. Sean can often be found in the Emer-gency Department throwing in chest tubes or volunteering at the local music festivals for both the toxicology experience and the nostalgia of rocking out to Wu-Tang clan. When not at work he and his wife Kirsten are playing with their handsome labradoodle Tucker, biking the tour de Kelowna, hosting BBQs, as well as mixing in all sorts of other sports activities. Sean is currently interested in medical education, ICU/critical care, and ultrasound but is continuously looking for new challenges and is always up to date with the latest and greatest in Emergency Medicine.