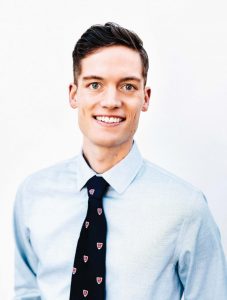 As our resident Winnipeger, Tom is quick to defend his hometown, but oddly enough he’s spent most of his life running away from there. From UVic, to Oxford, to UBC, Tom saved the best for last. If you ask, he’ll tell you he took a year or two off to row, but we have a suspicion he was secretly touring the world as a lip-syncing global superstar (there’s video evidence). In addition to a failed rowing career with Team Canada, Tom decided to back up with a PhD he’ll never use. One doctorate wasn’t enough, so after completing his PhD in Neuro-Ophthalmology at Oxford, he graduated to UBC Medicine, where Emerg caught his eye and he never looked back. Between his ED shifts, you’ll now find Dr. Dr. Watson fitting in a quick “cool down” 90km bike ride after his runs before going for a swim workout.