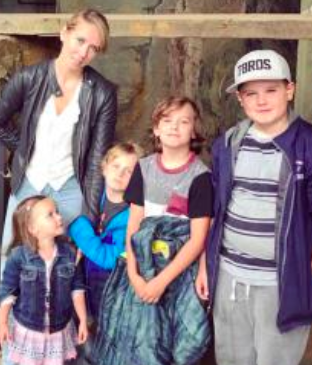 Ateshia likes exploring and taking the scenic route and she held true to that in her journey to becoming an EM resident. Born and raised in rural BC, Ateshia was homeschooled for the majority of her primary and secondary education. She came to Vancouver to celebrate Y2k and found that city life was way more exciting and decided to stay. She slept on couches and held countless jobs to support herself including working as a background extra for the movie industry, a production assistant for a touring rock-band, and bartending/serving in the majority of establishments on the Granville strip.

Realizing that she would eventually need a more stable career, Ateshia decided to get into health care through becoming a Registered Massage Therapist. She worked and taught as an RMT for a few years before becoming restless again and so she decided to start her undergraduate degree and her family. She completed a bachelor of health science and had a few children before applying to medical school. She was lucky enough to get accepted into UBC’s medical program but it wasn’t until her third year that Ateshia did an Emergency Medicine rotation through RCH and found a specialty that she fell in love with. She finally committed to a career and knew that she wanted to complete her EM residency through UBC’s Fraser program. Through her various rotations and electives RCH had become like a second home and she wanted that tightknit family experience mixed with the unparalleled exposure to acuity that the hospital offers. In her spare time not at the hospital or with her family (just kidding that never happens), Ateshia enjoys travelling, diving, kayaking, and skiing.