We would like to acknowledge that the land on which we provide care is the traditional territory of the Syilx Okanagan Nation.

The UBC Emergency Medicine Interior Site is a 5-year training program sat-isfying the Royal College requirements for Emergency Medicine. It is based in Kelowna, B.C. with approximately 2-3 months per year in Vancouver.

For more information, please refer to our program description on the CaRMS website.

KGH is a 445 bed tertiary care and level 2 trauma centre for the interior of British Columbia. Our annual emergency department patient volume is ~ 82,000. We see a high volume of high acuity patients as KGH is the stroke, interventional cardiology, cardiothoracic and vascular surgery, and trauma referral centre for the interior. 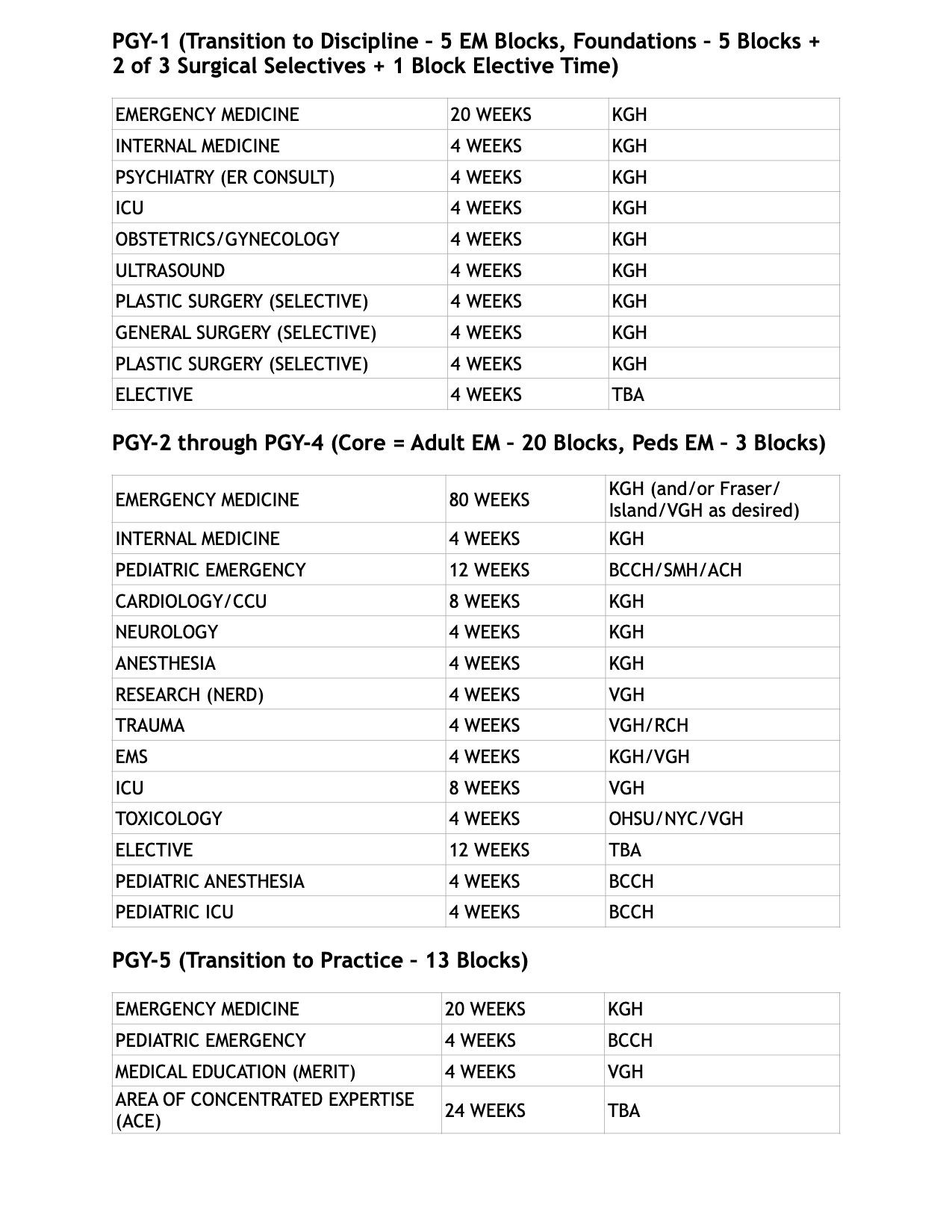 Welcome to Kelowna, BC!

Kelowna is a dynamic, lake-front city that offers unsurpassed opportunity for young medical professionals. With a metro population of 200,000, Kelowna offers the perks of a big city but the laid back lifestyle of the Okanagan. Our backyard offers a four-season playground with long, hot summers, mild winters, and more than 2,000 hours of sunshine per year.

Kelowna is home to UBC Okanagan, which is a thriving campus of nearly 11000 students including the medical and graduate schools. Okanagan College and BCIT add to the post-secondary landscape. There are an abundance of elementary schools and secondary schools, both private and public, many of which rank in the top 10% in the province.

Kelowna continues to be one of the fastest growing cities in BC with technology, manufacturing, health care, tourism and post-secondary education sectors in particular attracting new business and residents to the area. The city’s vibrant retail and commercial base accesses a trading area of at least 550,000 consumers within a two-hour drive or less, making it the largest centre for urban development, business, commercial, retail, and health care services between the Lower Mainland and Calgary (investkelowna.com). The Kelowna International Airport is among the busiest 10 airports in Canada, serving 1.6 million passengers annually. From an employment standpoint Kelowna has much to offer young families. The Okanagan Young Professional collective offers a wealth of information – oypcollective.com.

Kelowna has nearly 300 km of on-street bicycle lanes and 40 kms of separated, paved, multi-use pathways. Off the road there are many mountains in the surrounding area offering world-class mountain biking, hiking, snowshoeing, and bouldering just minutes from your doorstep. Check out Active by Nature by The City of Kelowna highlighting just a few of the outdoor attractions our region offers. Check out this link for things to do in Kelowna.

Big White Ski Resort is 56 km away from the city and is the third largest resort in BC, receiving an average annual snowfall of 750 cm. Revelstoke, Sun Peaks and Silver Star are all within a short drive and backcountry skiing is readily accessible.

The Okanagan Valley is home to more than 130 licensed wineries and more than 30 are located in the Kelowna area alone. Kelowna also has a rich and thriving culinary scene. The downtown core has seen a surge of new restaurants and microbreweries and is home to the Canadian Culinary Championships.

The city is home to Ballet Kelowna, Opera Kelowna, and the Okanagan Symphony Orchestra. Kelowna also has a strong theatre scene. The Kelowna Art Gallery offers a unique blend of local and world-renowned works. 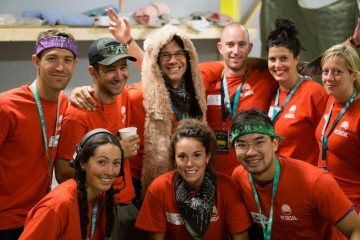 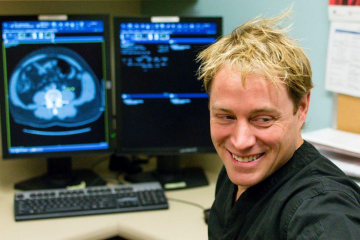 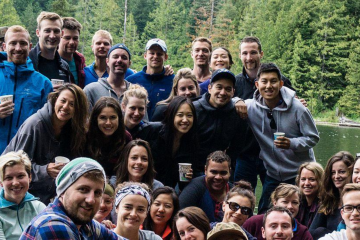 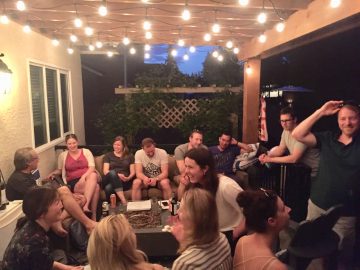 “As a recent grad of the UBC emergency medicine program, I cannot speak highly enough about working at KGH and about the program in general. Some of the highlights are an amazing group of colleagues and residents that work hard and play hard in the beautiful Okanagan valley, a fantastic group of nurses and allied health care professionals who make our job so much more enjoyable, and limitless opportunities to grow and learn in whatever area of interest within EM that you may have.” – Dr. Jared Baylis

“What does it mean to work at Kelowna General Hospital?  It is friendly consultants.  It is everyone knowing your name.  It is working and playing in the glorious Okanagan with your hospital family!” – Dr. Geoff Sanz

“Getting to be an emerg doc at KGH is my dream job – I work in a one stop shop with all the amenities, at a hospital where everyone knows your name and works together for patient care, surrounded by an amazing and beautiful outdoor, year round playground. Becoming a resident here means you get a very personalized educational experience, with lots of opportunity to enjoy life outside of work with a great group of staff and co-residents. It has been an honour to be a part of this new residency program – to watch it grow and flourish. Our residents constantly challenge me to become a better physician and teacher.” – Dr. Jen Williams

“Working with this energetic and inspiring group of residents is a true privilege. I learn something new every day. We are a busy ED, and our work is both challenging and interesting. Thanks to our amazing team of nurses, physicians, residents, medical students and all of our ED staff, working here is also a lot of fun!” – Dr. Diana Fort 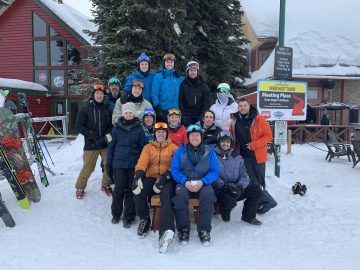 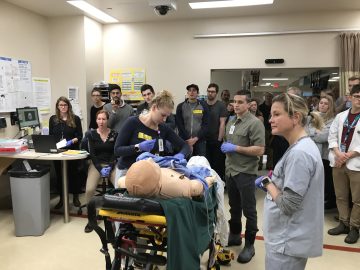 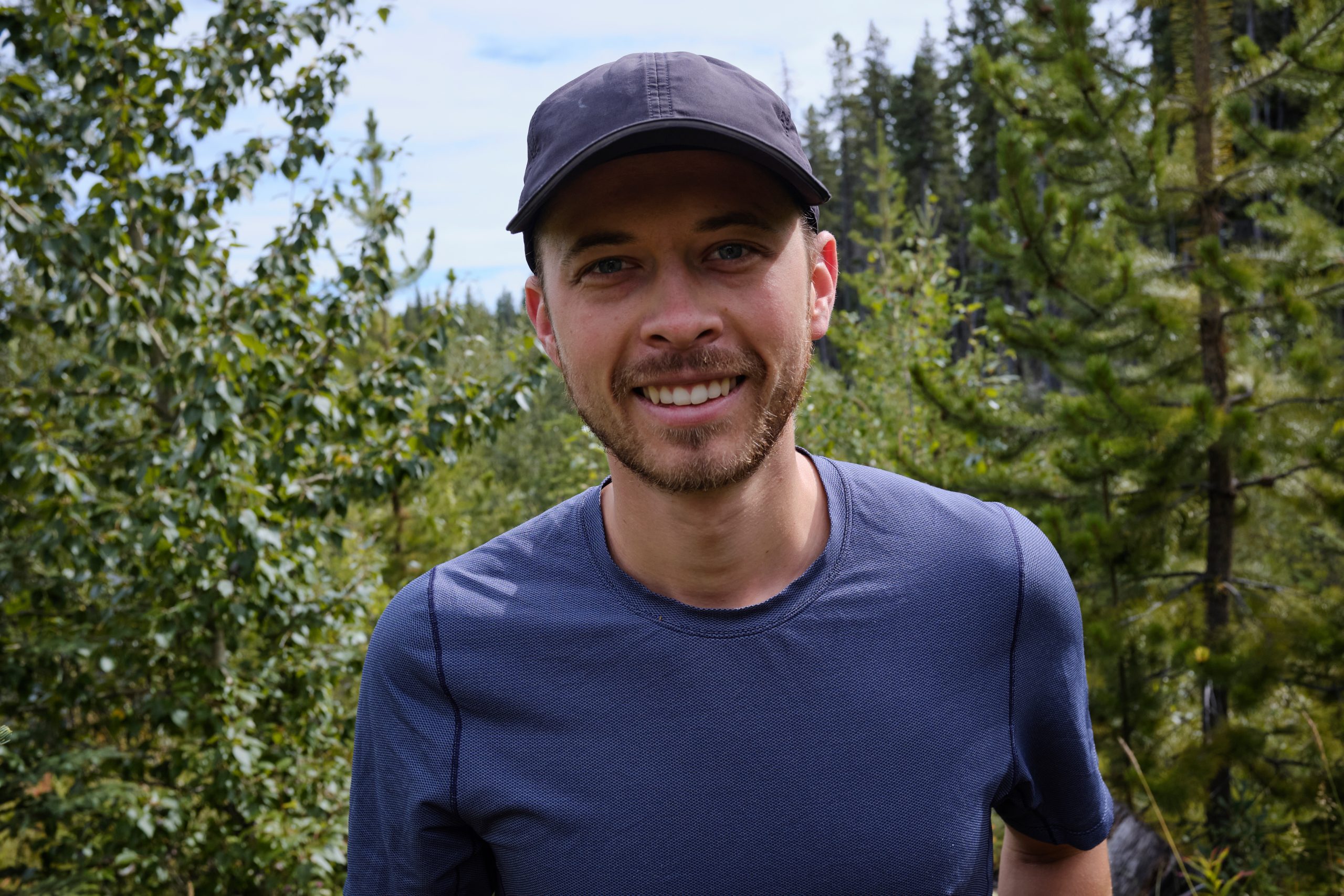 Alex grew up on a grain farm in rural Saskatchewan, which means his first exposure to emergency medicine was as a patient. Somehow, seeking treatment for harvest-related injuries sparked an interest in acute care, so Alex moved to the big city (Saskatoon) to pursue an undergraduate degree and medical school. Once an alternate for the […] 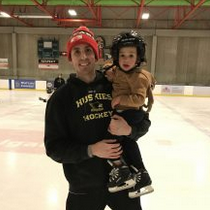 Coming all the way from beautiful Fort McMurray, Alberta, this former oil sands worker can now be seen in the Kelowna General Hospital ED trauma bays with his slick moves and even slicker hair. Brad’s prior career path was that of a professional hockey player, which saw him play his University hockey at Michigan Tech, […] 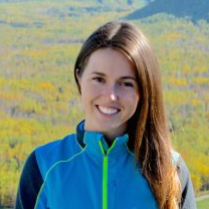 Born and raised in Thunder Bay (“TBay”), Britt developed a love for camping and large bodies of water (Lake Superior is her favorite, but Lake Okanagan does just fine too). When she could no longer float on water due to sub-freezing temperatures, Britt took to cross country ski racing at a National level. She completed […] 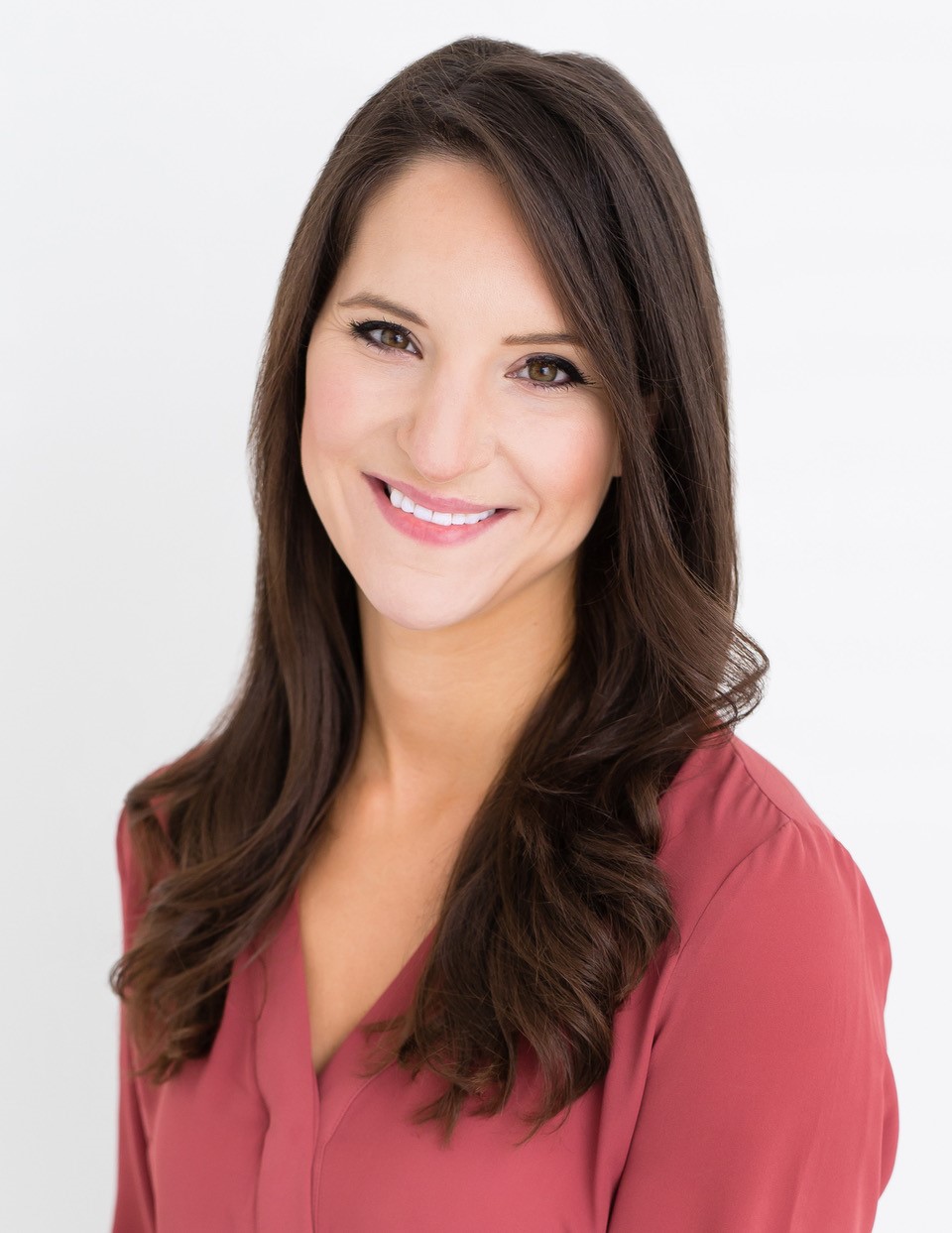 Born and raised in the small coastal town of Tsawwassen, BC, Daria always knew she wanted to broaden her horizons and see the wide world beyond the ferry terminal. Following trips to Central America, South America, and Africa, she completed a degree in nutritional sciences and spent several years working in a diabetes research lab, […] 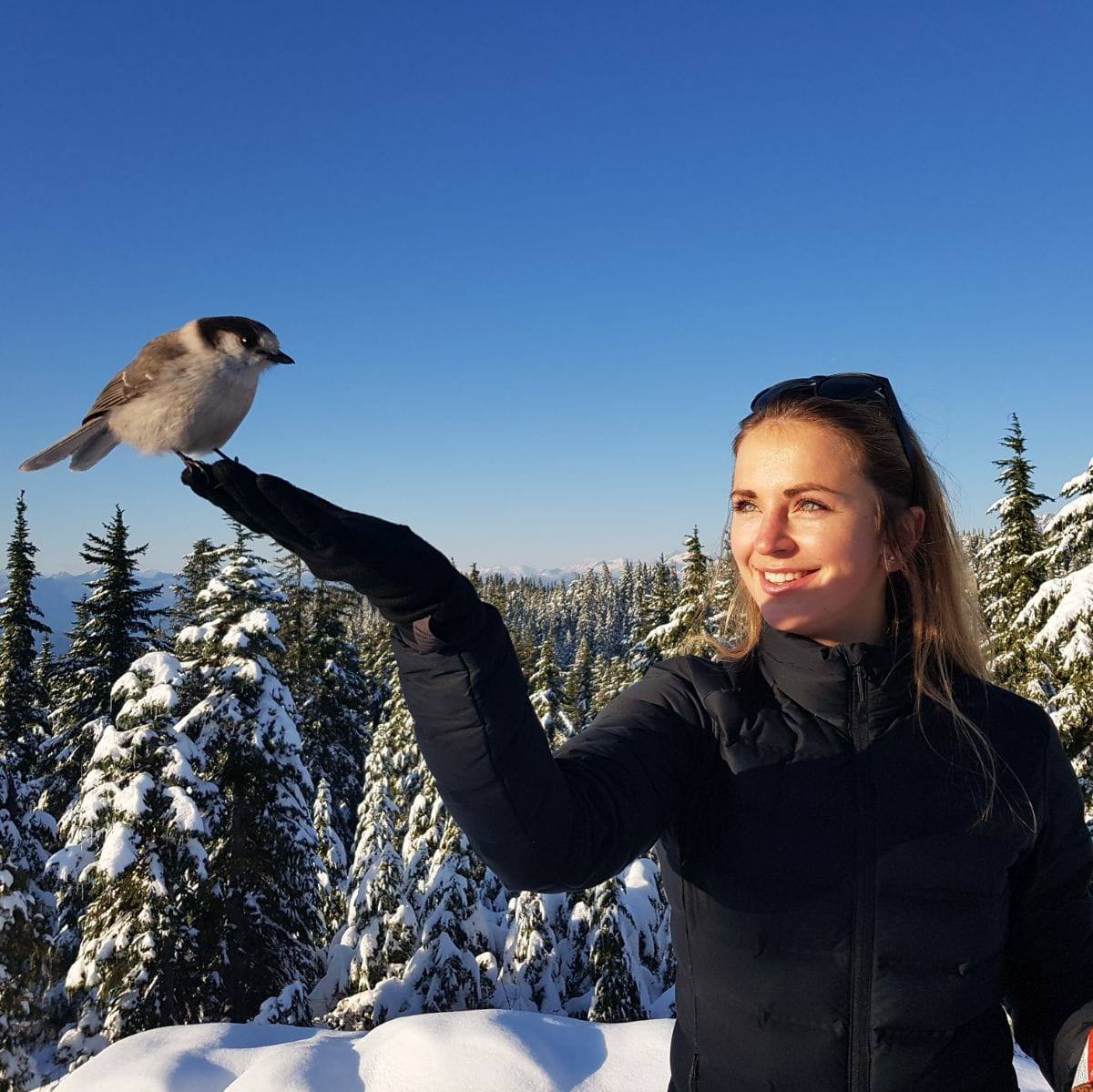 A love child hailing from Montreal, Frances spent her early years growing up across Northern England and Chicago before her parents came to their senses and moved to B.C. Ecstatic to discover that girls play more than netball in North America, she became a full-time “jock of all trades” before settling on rowing for McGill. […] 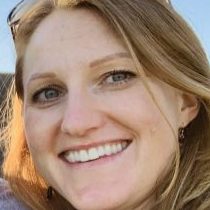 Kerry was born in Northern Ireland, where she lived until emigrating to Victoria, BC, at the age of 4. During her youth she developed a strong passion for the outdoors. She spent her winter weekends ski racing for Whistler, and in the summer months running track and cross country. She went on to pursue triathlon […] 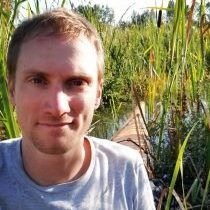 Kevin grew up in Summerland with a farm full of chickens to call friends! He then moved to the big city of Kelowna, and then the even bigger city of Vancouver! This was a bit too big so he’s back in Kelowna now making real people friends in the UBC EM Interior Program. He has […] 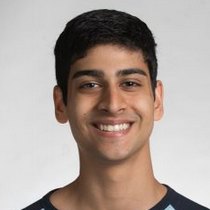 Qadeem is the resident you’ve all been waiting for. Qadeem grew up in Surrey BC as a huge nerd. He learned about hard work by playing Pokémon, friendship by watching Naruto, and determination by playing Mass Effect. After finishing high school, he left the province to attend university in Edmonton. Once he got bored of […] 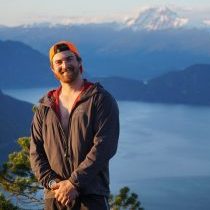 Like any good emerg doc, Ryan was constantly on the move since day one. Originally hailing from Ontario, he lived in Singapore and Australia for several years growing up, and between semesters of cell biology, sailed Ontario’s seven seas with the Coast Guard. Perhaps the UWO party scene got the best of him, but those […] 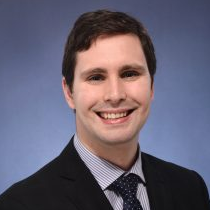 Hailing from the thriving metropolis of Duncan BC, Sean grew up on the island playing high levels of both lacrosse and hockey. After his days of being the team enforcer in the BCHL Sean decided to transfer his skills of putting people to sleep into procedural sedation and Emergency Medicine. He attended UBC in Vancouver […] 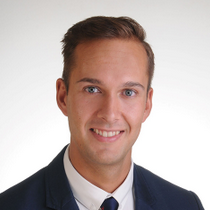 EM resident, grilled meat enthusiast, stay-at-home son. I emigrated from South Africa to the balmy shores of the North Saskatchewan River where I spent my youth learning the finer points of ice fishing before moving out to Kelowna. Since then I have been a regular fixture at KGH, slinging coffees at the Perking Lot and […]

Kelowna General Hospital (KGH) offers a 4 week elective for medical students in their final year that provide the opportunity to gain exposure and competence in managing a wide variety of clinical presentations in a busy emergency department. Students will work one-on-one with enthusiastic physicians who establish an exceptional learning environment and provide an appropriate level of independence. Students will have the opportunity to participate in emergency procedures such as suturing, orthopedic reductions, casting, intubation, central lines, chest tube placement and trauma management. Additional learning opportunities may include weekly academic days with the EM residents, monthly EM journal clubs, weekly grand rounds, and simulation sessions.

For more information or to inquire about arranging an elective, please contact Doreen Welsh at doreen.welsh@interiorhealth.ca or phone 250-980-1339. Out of province students are also welcome! For more information about the UBC visiting student elective program, please click here.

Applications for electives are submitted online via the One45 system. There are deadline application dates for each elective block, which must be approved by the elective organizer for successful placement. Contact us to hear more about the program/set up a shadow shift.

Connect with our Interior Residents!