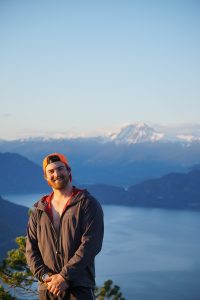 Like any good emerg doc, Ryan was constantly on the move since day one. Originally hailing from Ontario, he lived in Singapore and Australia for several years growing up, and between semesters of cell biology, sailed Ontario’s seven seas with the Coast Guard. Perhaps the UWO party scene got the best of him, but those initial med school rejections did lead to a powder-filled Ski Patrol season in the Okanagan, solidifying BC as this nomad’s dream home. Against the odds, this former beach lifeguard kept his head above water in med school at UBC Vancouver, and has now returned to the sunny Okanagan to try to fit in some shifts between home renovations. Find him setting mountain bike or ski touring PRs simply to make it to the ED on time.